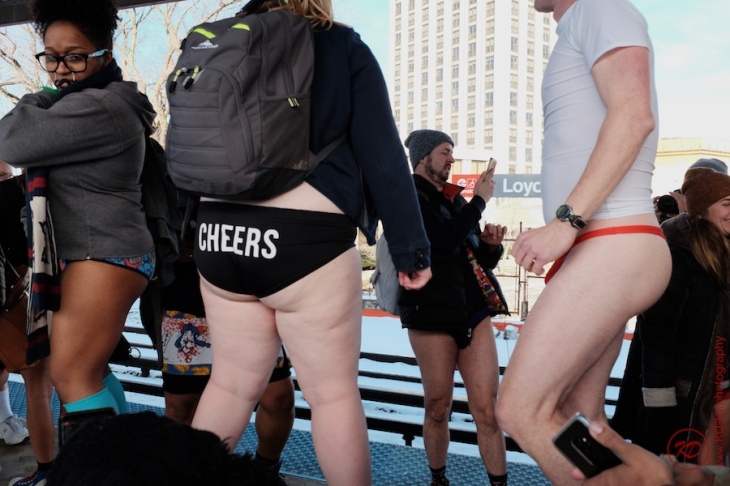 Yes, Episode II.  À la George Lucas, Episode I (the 2018 No Pants Subway Ride) will be published on a later date.

In a few days from now, I will be setting out with my lenses to document what is becoming an annual tradition: the Chicago edition of the No Pants Subway Ride.  As a humanist photographer, I feel that it is not enough to just merely observe from afar but rather compelled to dive right into the middle of the scene.  It is only by getting so close as to be involved in the scene itself and interact with the subjects I am photographing that I can then start to convey to my audience some sense of being there, to bring that experience TO anyone looking at the photo.

When I first began photographing the No Pants ride in 2018, it was just by some sparse information that I found on social media, and it was only by sheer luck that I was able to intercept the participants somewhere around the Belmont Redline train stop.  Last year, however, I felt a need to not only photograph but to participate myself as well.  There were two reasons for this.  The first reason was in the hopes of being able to blend in–as odd as that may sound in being pantsless on public transit on a cold January day.  But the more compelling reason for depantsing myself lies with my own personal body image issues and using this opportunity to get out of my comfort zone and confront my issues head on.

Perhaps it was just too much of mental multitasking for me, but this instance was one of the very rare ones where actively participating to blend in and engage with my subjects was a detriment to the photographic work.  To be fair, I was more preoccupied with learning to feel comfortable with myself . . . in a state of public pantslessness.  And so, my photos from 2019 were not that grand; suffice it to say, the photos from 2018 are considerably better.

As for this year, I am still debating what my priority will be: the photography, the personal experience, or whether I am ready this year to do both equally well.  We shall see . . . . 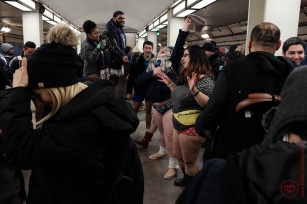 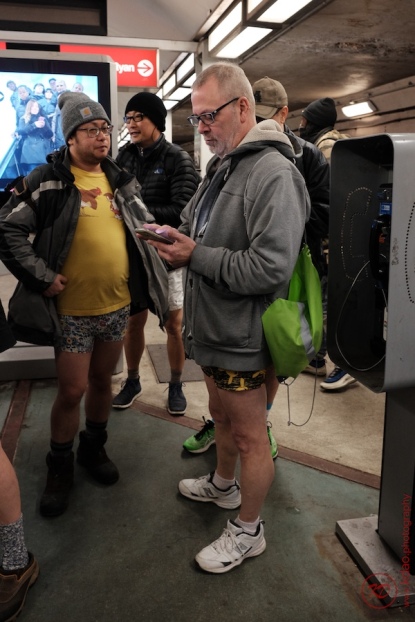 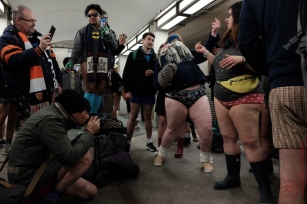 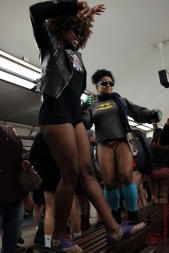 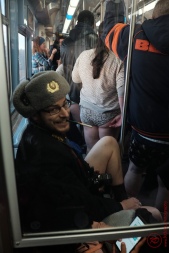 Renaissance man with the temperament of a beagle; easily bored, needing to be active and explore, prone to picking fights with the Red Baron. View all posts by Khoa A. Dao